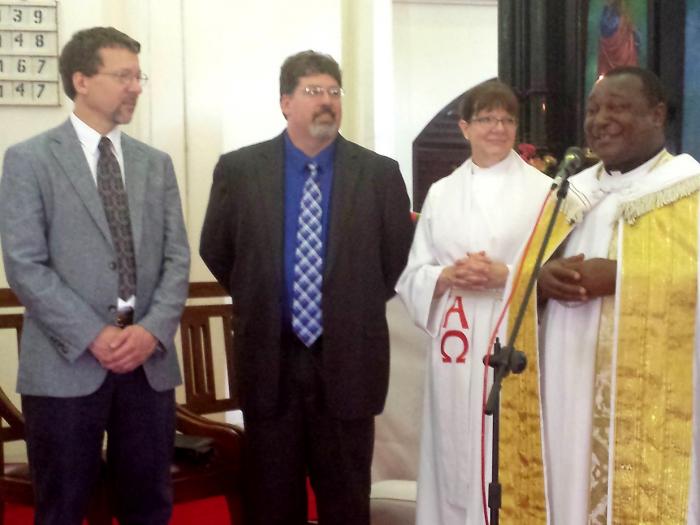 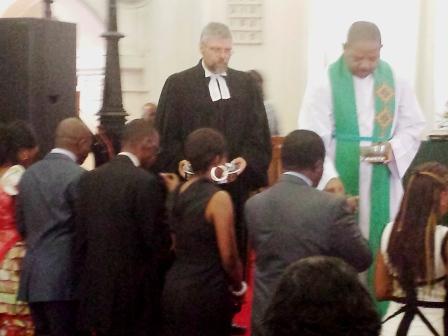 On 29 June, 2014 Azania Front Cathedral had a privilege of having at her midst

Rev Hartmut Schmidtpott from Schmalkalden Germany. He participated in serving the

Holy Communion to the congregation. 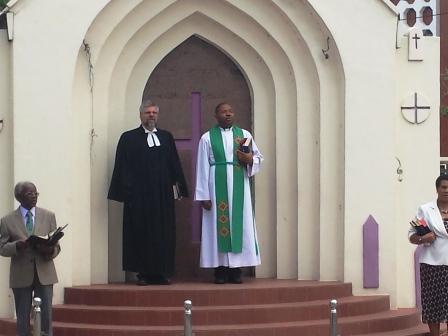 With Chaplain Charles Mziga flanked by two elders at the end of the service. 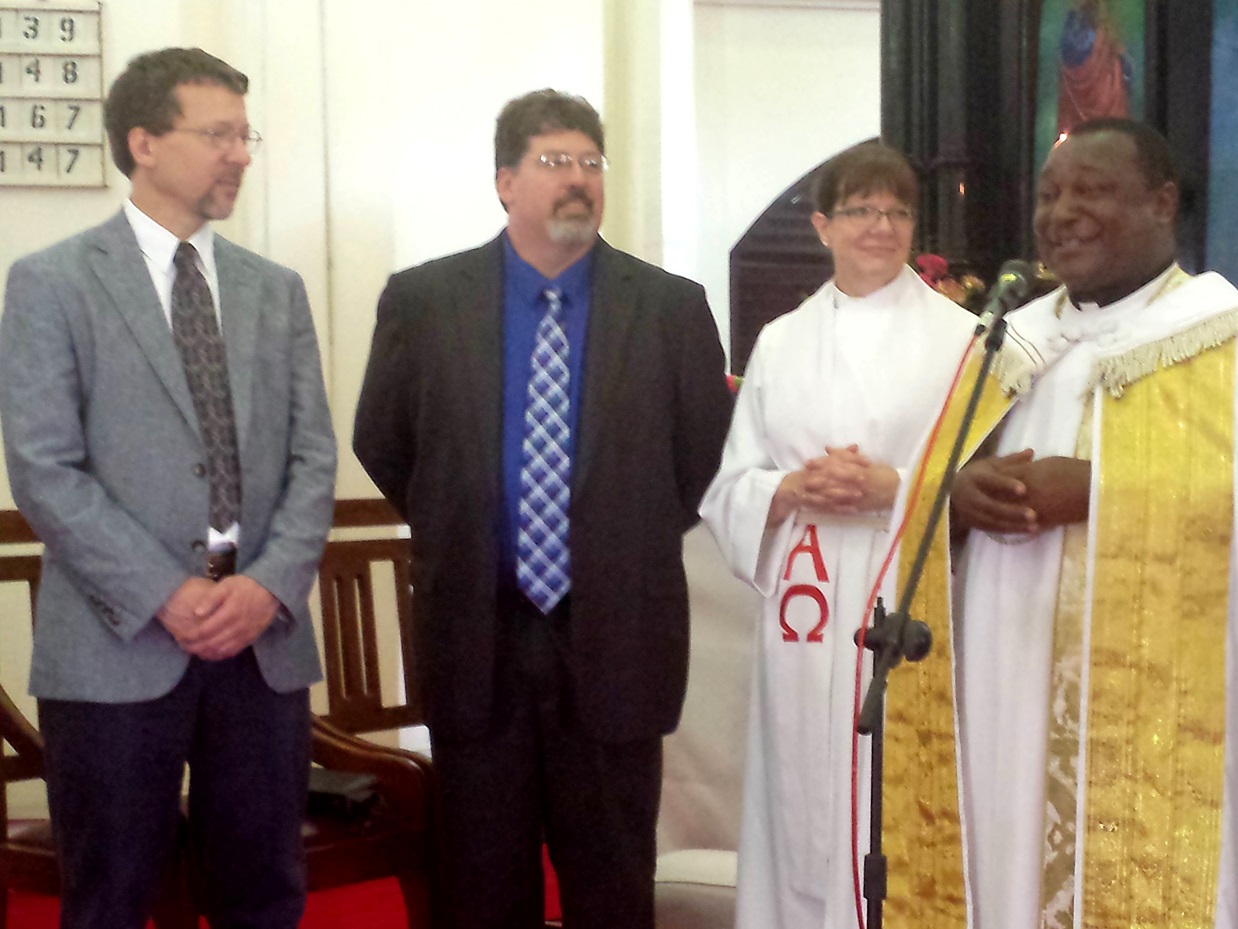 Lutheran Church in Tanzania has a strong partnership with NGLS. Azania Front Cathedral has

parthership with Messiah Congregation in NGLS. She was accompanied by her husband and 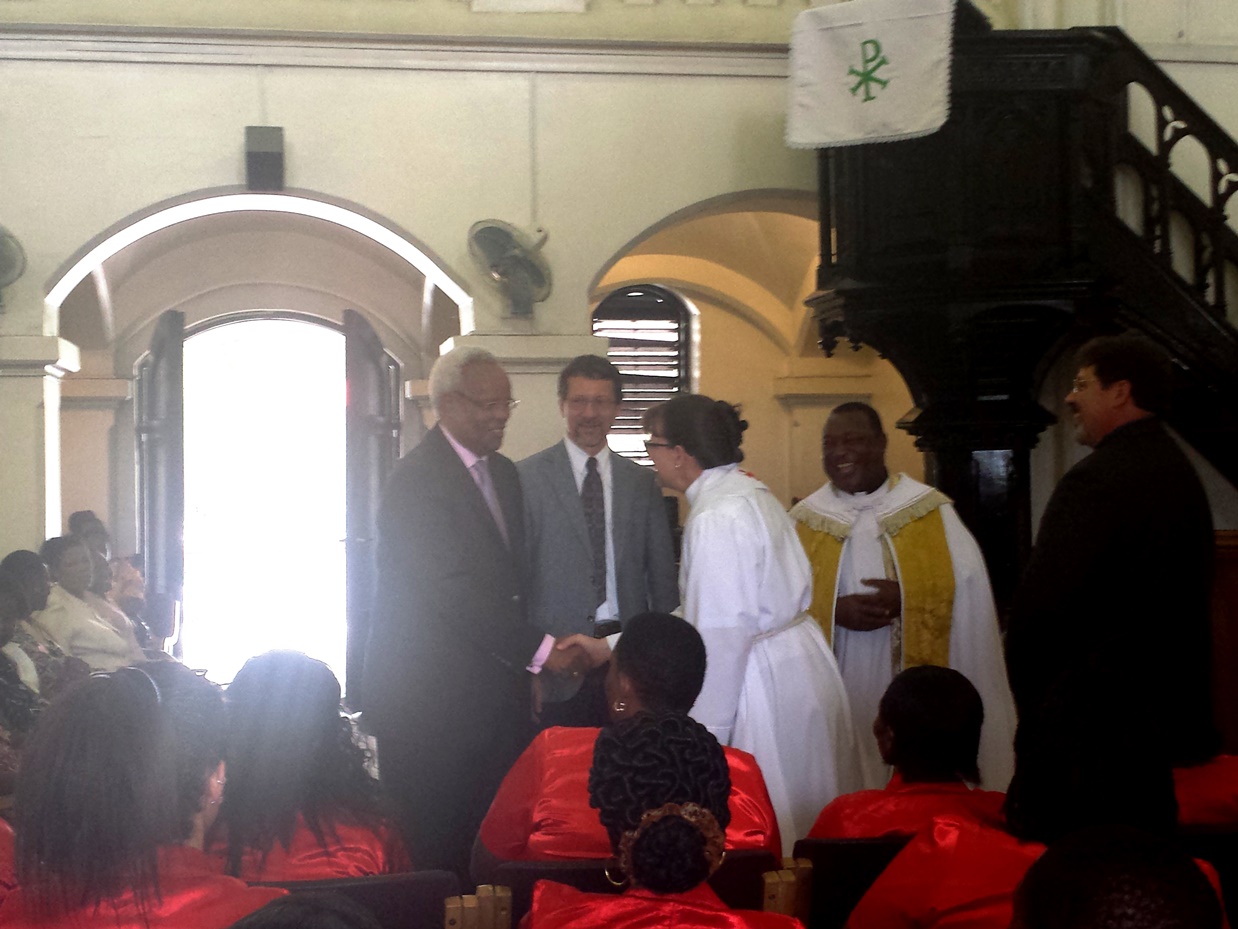 She shook hands with the former Prime Minister Edward Lowassa on behalf of the congregation.